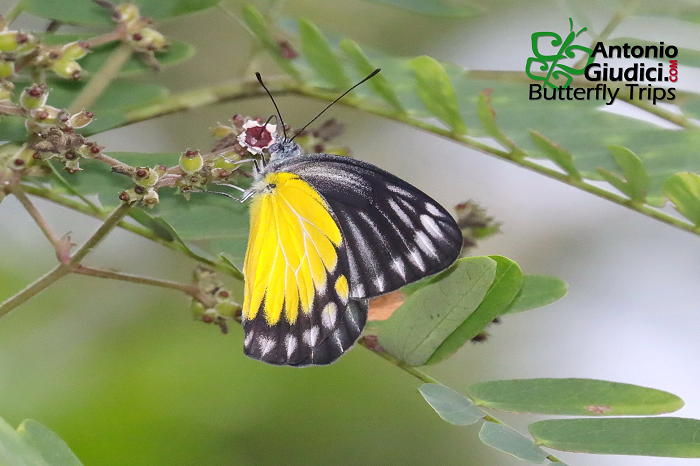 Subspecies and range of Delias agoranis :

A very rare species in collection despite its large distribution, Delias agoranis is distinguished by the absence of black vein stripes on the underside hind wing.

Male: Upperside white. Fore wing with the costa broadly greyish-black and similar dusting beyond the end of the cell. Distal margin broadly black and narrowing posteriorly to the inner margin, not touching the margin below vein 2. a series of small white submarginal spots, those in 4-6 larger than the others. Hind wing with a series of black triangular marginal spots at the end of the veins, those on 2 and 3 much larger than the others.
Underside of fore wing with the white proximal half, but black costal border, cell dusted, and veins black. beyond the cell some narrow white stripes, and submarginal spots as above but larger. Hind wing pale lemon-yellow with a broad black marginal border bearing a sub-marginal row of six moderately large white spots, the anterior two tinged with yellow.