Subspecies and range of Delias singhapura : 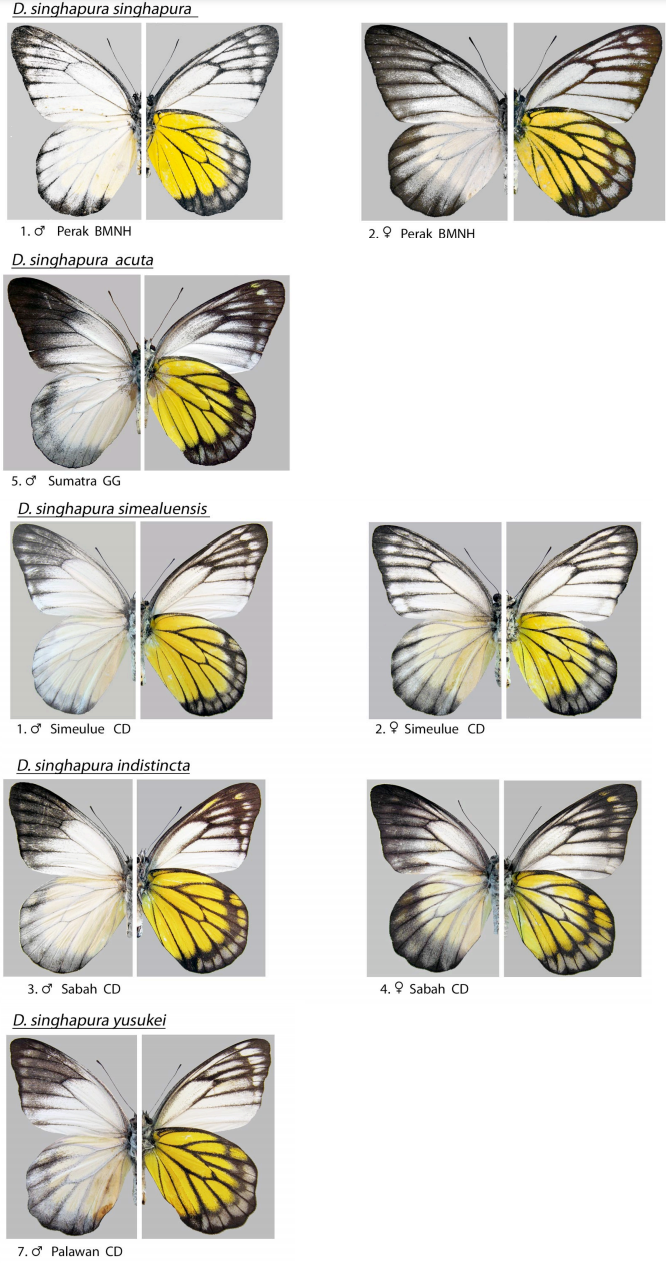 A rare species, except for ssp. indistincta and simeuluensis. It can be distinguished from D. agoranis by the black veins on the underside of the hind wing.

The last three subspecies are all very recent discoveries.

Male: Upperside white, veins black on the fore wing for the greater part, and on the hind wing distally. Fore wing with blackish apical area reaching the cell. Hind wing with narrow blackish marginal border from the anal angle to cellule 3, and small blackish marginal marks on veins 3-5.
Underside of fore wing white with the veins scaled with black, more so in the apical area. Apex black, either narrowly or not broader than half the distance between apex and cell. In the whiter specimens a narrow black submarginal line marks off the submarginal spots which are better defined in darker specimens. Hind wing bright yellow with the veins and costal edge black. A black marginal border from 5-7mm broad, slightly extended on the veins. A submarginal series of six spots, the lower four greyish-white and incurved proximally, the anterior two yellow.