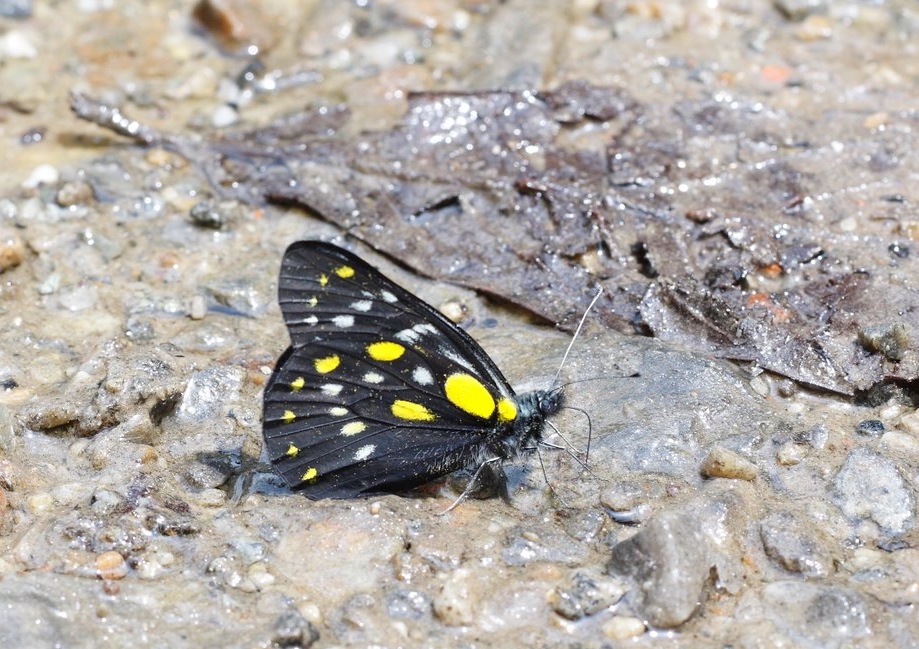 Subspecies and range of Delias berinda : 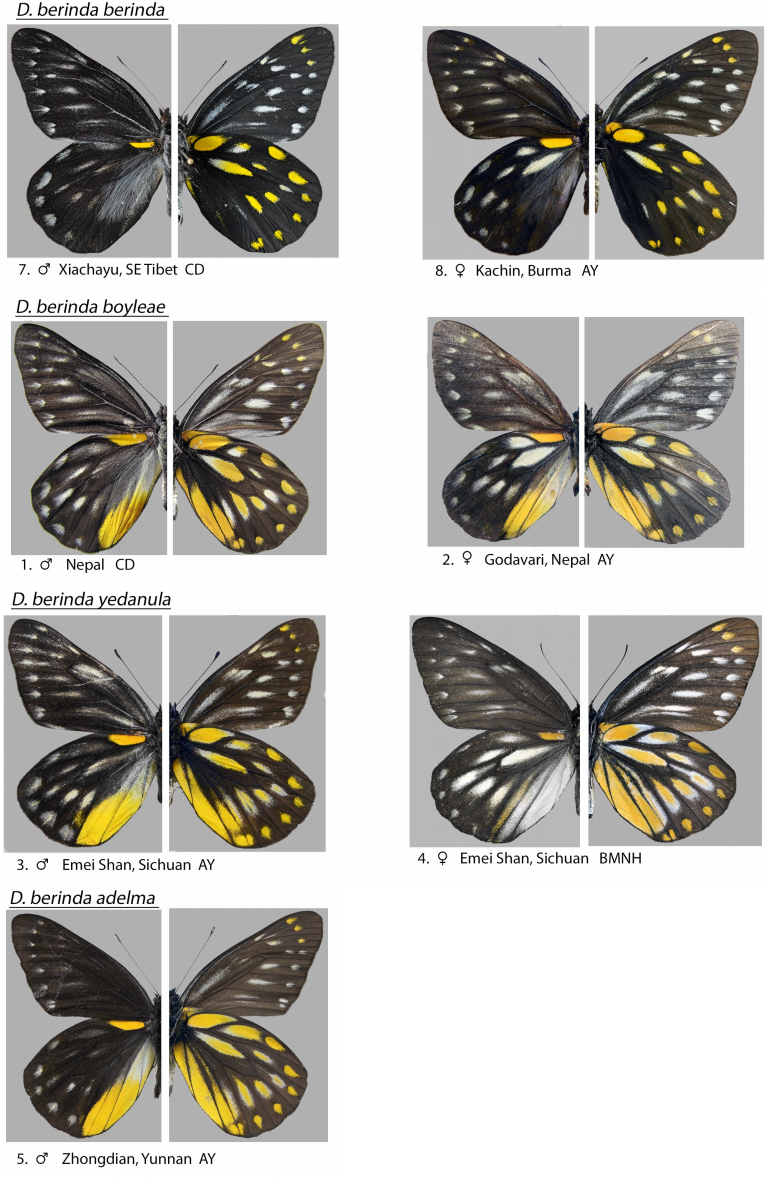 This species is the darkest of the belladonna Group. Because there is no distinct character to the species, identification is very difficult. Indeed the subspecies boylaea is very similar to Delias sanaca perspicua. The only means of identification is though its uncus.
There is a form of boylaea ( f. amarantha Mitis 1893) in which the yellow markings are replaced by brick-red. I am only aware of one specimen at the moment, currently in the British Museum, having previously been in the collection of Grose-Smith.