Subspecies and range of Delias bobaga : 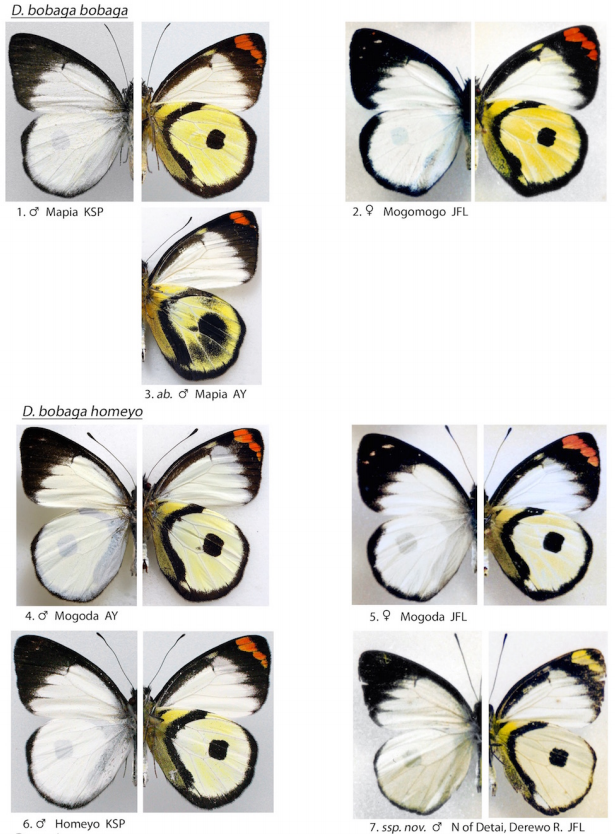 A recently described species. Similar in appearance to D. mariae and D. walshae. However, it is easily distinguished by its larger size, and the larger subbasal hindwing markings, and particularly the yellow powdering on the inside of the hind wing.

The subspecies D. b. homeyo differs by having the base colouring on the underside hind wing cream or pale yellow as opposed to a more vivid yellow. The two separate populations of this subspecies is very unusual, being separated by that of the nominate race.
A further ssp/ab? has been found north of Detai, to the N.W. of Homeyo, which is even paler that D .b. homeyo. It also differs in having considerably narrow black borders on the hindwing, both recto and verso and yellow subapical spots on the forewing verso. Henk van Mastrigt includes this as homeyo in his Review of the Clathrata Group of 2000 and describes it as an aberration.