Subspecies and range of Delias clathrata : 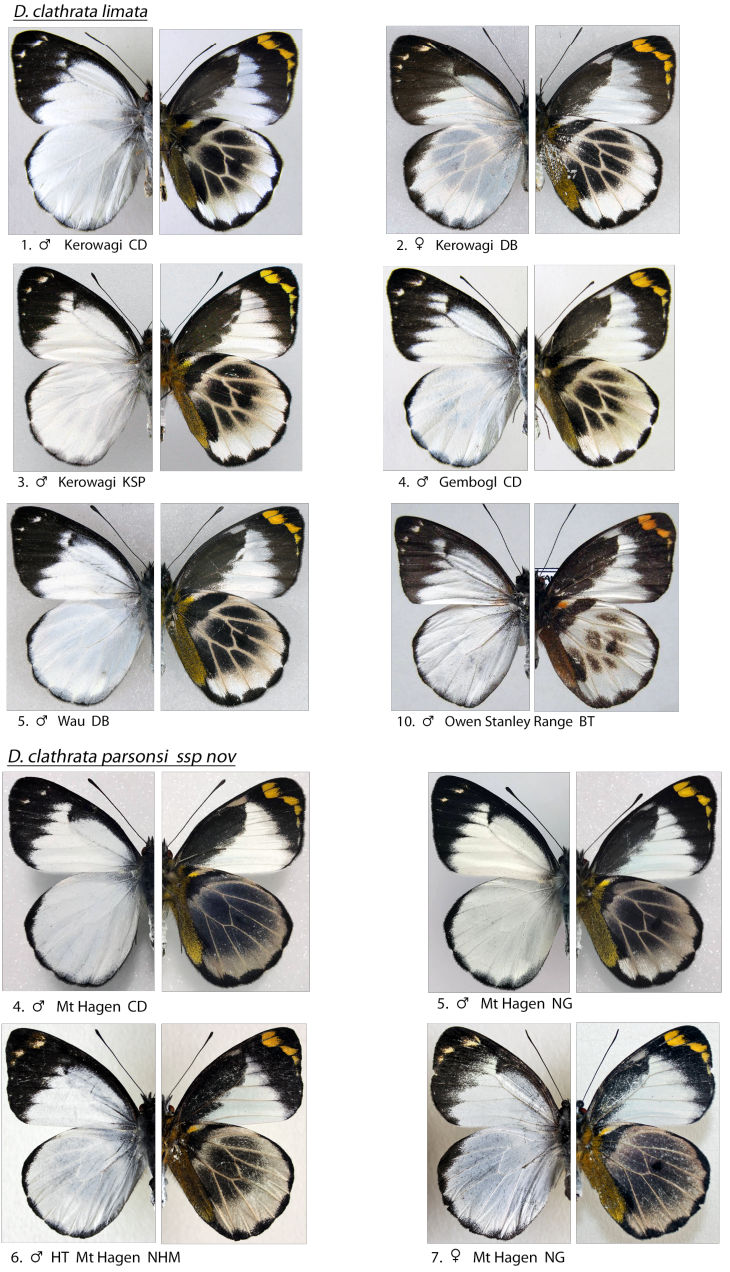 This species has a chiefly white colouration. The hind wings have a black discal area over which the white veins show out very strongly.

This species was first described by Rothschild in 1904, from the Aroa and Angabunga Rivers in the Owen Stanley Range, South East Papua New Guinea. In 1930, Jordan described the subspecies D. c. limata from the Herzog Mountains. The subspecies D. c. limata differs from D. c. clathrata by having a submedian band of smaller spots, emphasizing the lines along the veins. There is doubt in some quarters as to whether this is a true subspecies, not least Parsons who in 1998 expressed his doubt about the subspecies when considering the regional and local variability, and said that limata "is probably not a valid race". It has been listed by some suppliers, but this is not correct, and the only subspecies to be made available to commercial companies is D. c. clathrata. Mastrigt, in his research for his paper examined many collections throughout the world, but was only able to find the single male, and six females, held in the British Museum of Natural History, the original specimens collected in 1928 by A. C. Eichhorn.

Yagishita had listed a further subspecies D. c. sakumai, from the Central Mountain Range of Irian Jaya. however, this has been given specific status as D. neeltje Mastrigt 1993.  D. c. sakumai is now considered to be a synonym for Delias neeltje.

The butterflies are usually found at heights over 6000 feet.

In 2019, Nicolas Grimaldi and Chris Davenport have discovered a blacker subspecies in the Mount Hagen area in Papua New Guinea : Delias clathrata parsonsi. This ssp is extremely rare in collection as very few specimens have been found.