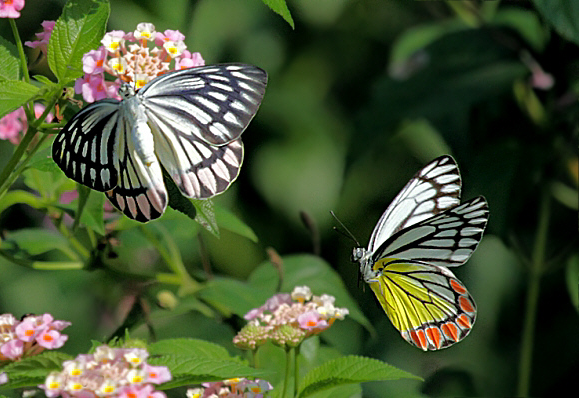 Subspecies and range of Delias eucharis : 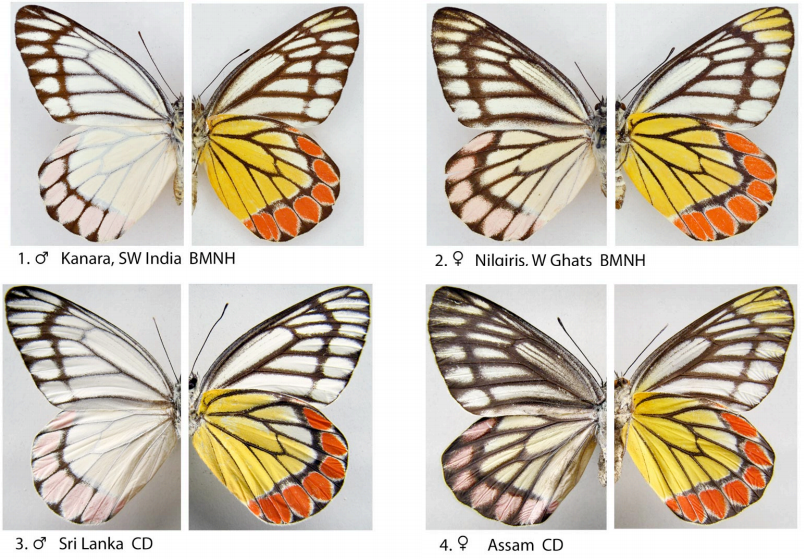 Delias eucharis, the common Jezebel, is a very well known species, which, for some reason, does not appear very often in dealers lists. The entire life history of the species is known.

The species is probably one of the roots for the whole hyparete group. It flies up to an altitude of 7000 feet, though is a very weak flyer.

It closely resembles Prioneris sita Feld. on both upper and undersides, and in both sexes. It appears to be unpalatable to birds as Manders, in 1912, remarked that " It is universally esteemed as a typical unpalatable insect, and certainly in many of its habits has the characteristics of one. It is very abundant, is seldom, as far as my observations go, attacked by birds, and it frequently rests for long periods on the upper surface of a broad green leaf, such as Calladium, where its striking under-surface makes it very conspicuous". 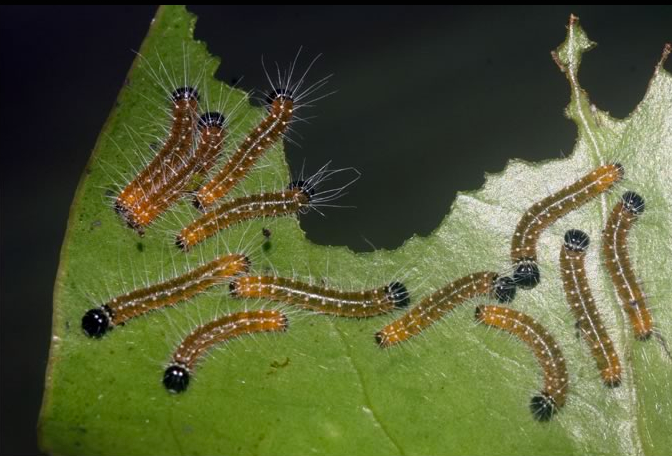 The pupae of Delias eucharis is as gorgeous as the imago 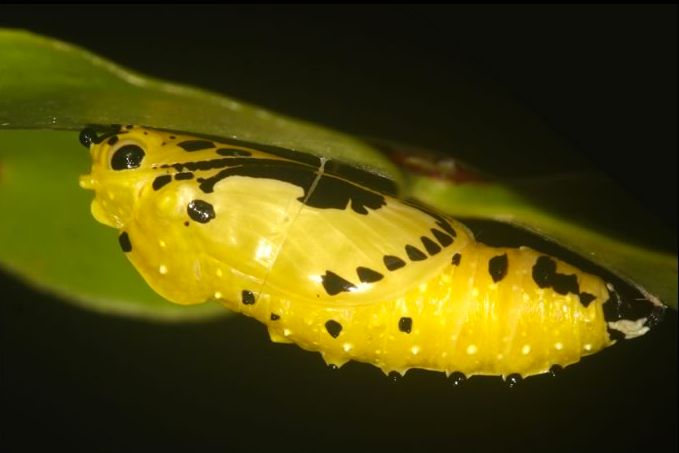