Subspecies and range of Delias salvini : 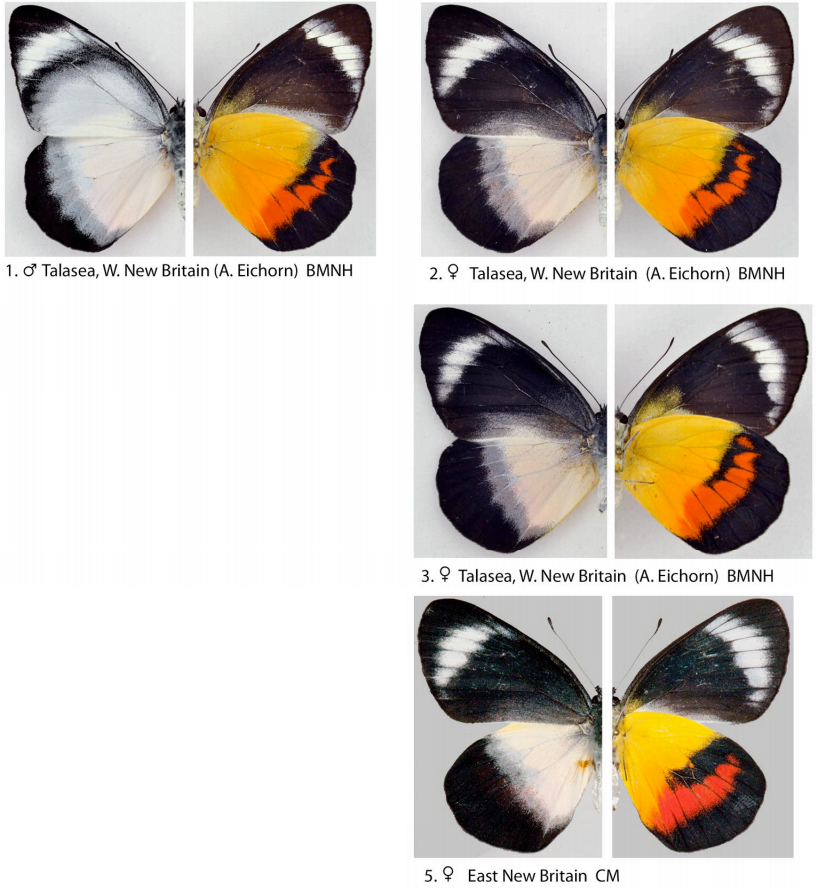 A rare and distinct species, only to be found on the island of New Britain.

It is similar in respect of the pattern of the underside hindwing to Delias bagoe, but can be easily identified by the fact that the apical area of the forewing, on both sides is white, as opposed to yellow.

It is a rare species and not found in many collections. The female is considerably rarer than the male.

If you need some specimens of Delias salvini (males and females), please send me an email : opequin@ymail.com