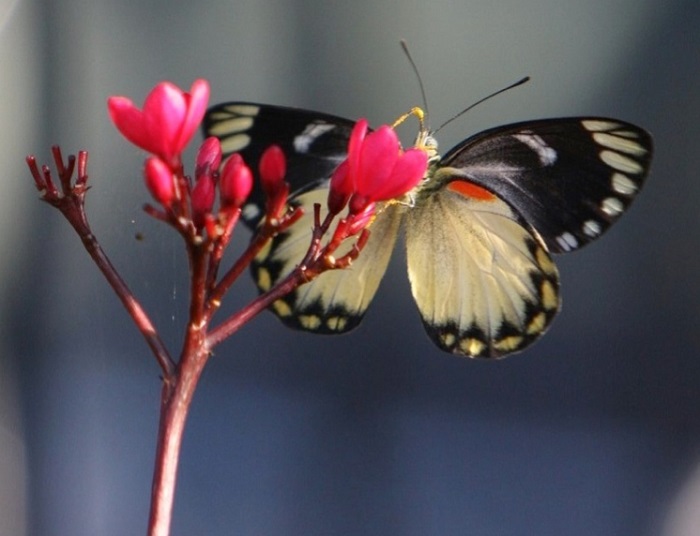 Subspecies and range of Delias belisama :

A well known and common species throughout its entire range.
It is very similar to Delias descombesi, and is considered to be an extension of that species into the Indonesian archipelago.
The belisama mountain form, f.angaja, is remarkable in that the upperside has an orange colouration tending towards that of Delias aurantiaca.
The full life history of this species is documented.