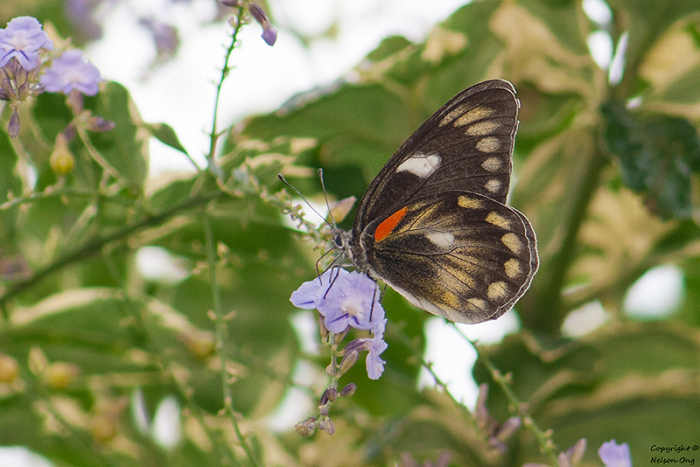 Subspecies and range of Delias zebuda : 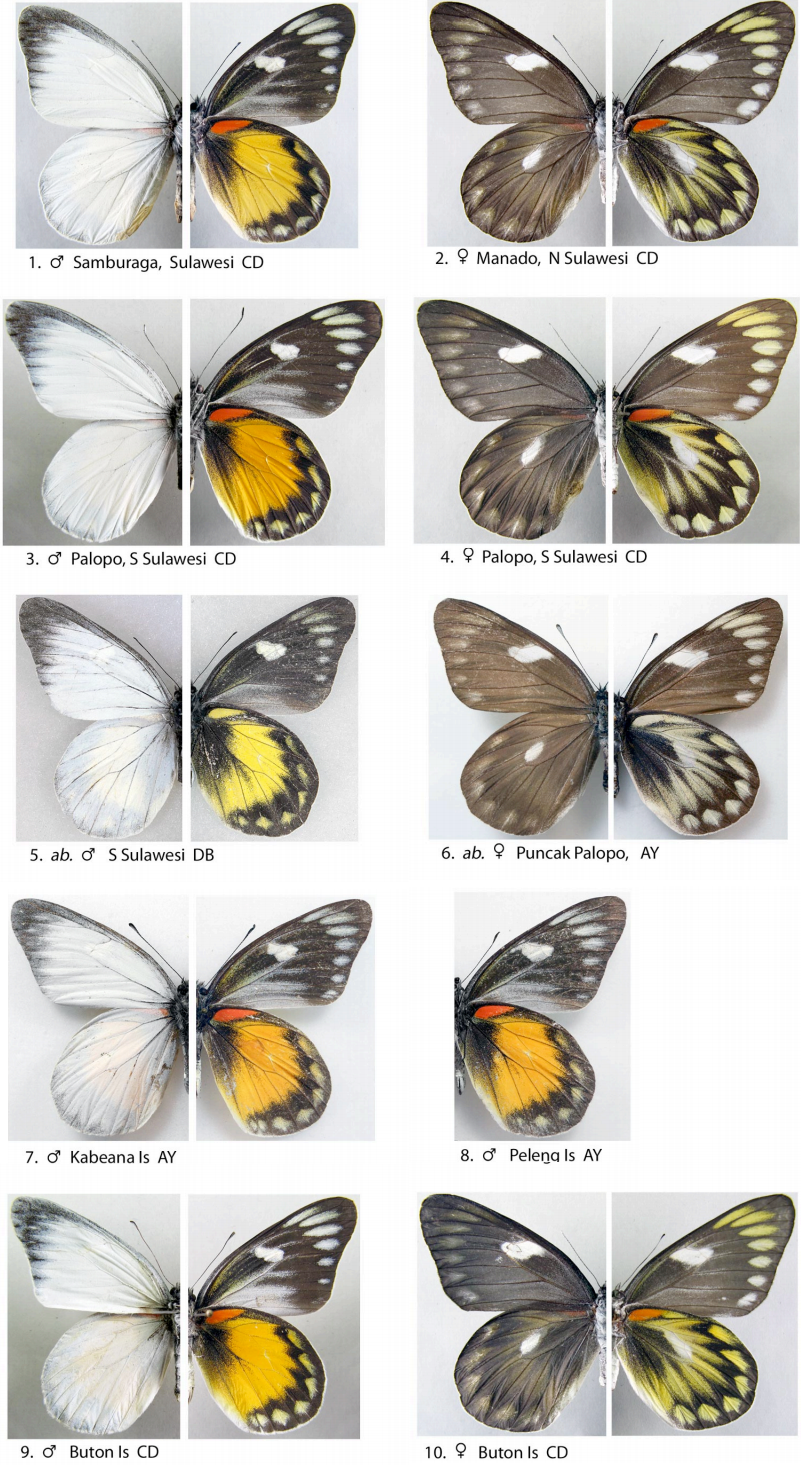 A very large Delias species. This insect shows a further development of the descombesi/belisama type. The forewing apex is more pointed than any others of the group. The female recto is remarkable, for the group, in being entirely brown, with only prominent white discocellular white patches, on both wings.