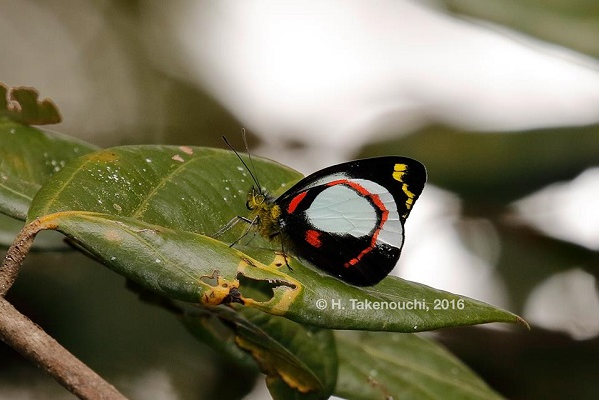 Subspecies and range of Delias ligata :

This species occurs with Delias kummeri, though it is also found in the Weyland Mountains, where kummeri is absent. The only real difference in the pattern is in the red/black submarginal line on the underside of the hind wing which is continuous in this species, but broken in kummeri. Structural differences also occur  with the valve and scent-scale.
This is by far the commoner of the species.